This large apartment was the result of the combination of 2 penthouse flats of a Victorian end-of-terrace house in central London. The new joined floor plan provided the possibility of a complete revisitation of the original layout; the apartment was then conceived as a continual growing organism built around a segmented corridor inserted throughout the floor plan where scattered diagonal walls allow glancing at the rooms which develop along the compartmented path. The result is a compact apartment of apparent simplicity with a strict white palette for all elements , with the exception of matt grey timber, resin and ceramic floors.

The apartment is based on one story and it is completely open to the exterior by means of the windows that run around the entire perimeter with the exception of the northern facade. The main space of the house (kitchen, living and dining rooms) have been concentrated on the first half of the property along with the guest bedrooms and their respective services bathrooms, together with auxiliary spaces. All bedrooms and bathrooms are alongside the study and library on the other side of the penthouse. The spacial continuity intended for the interior is reflected in the continuous vires of the tall trees of the garden square where the building resides. 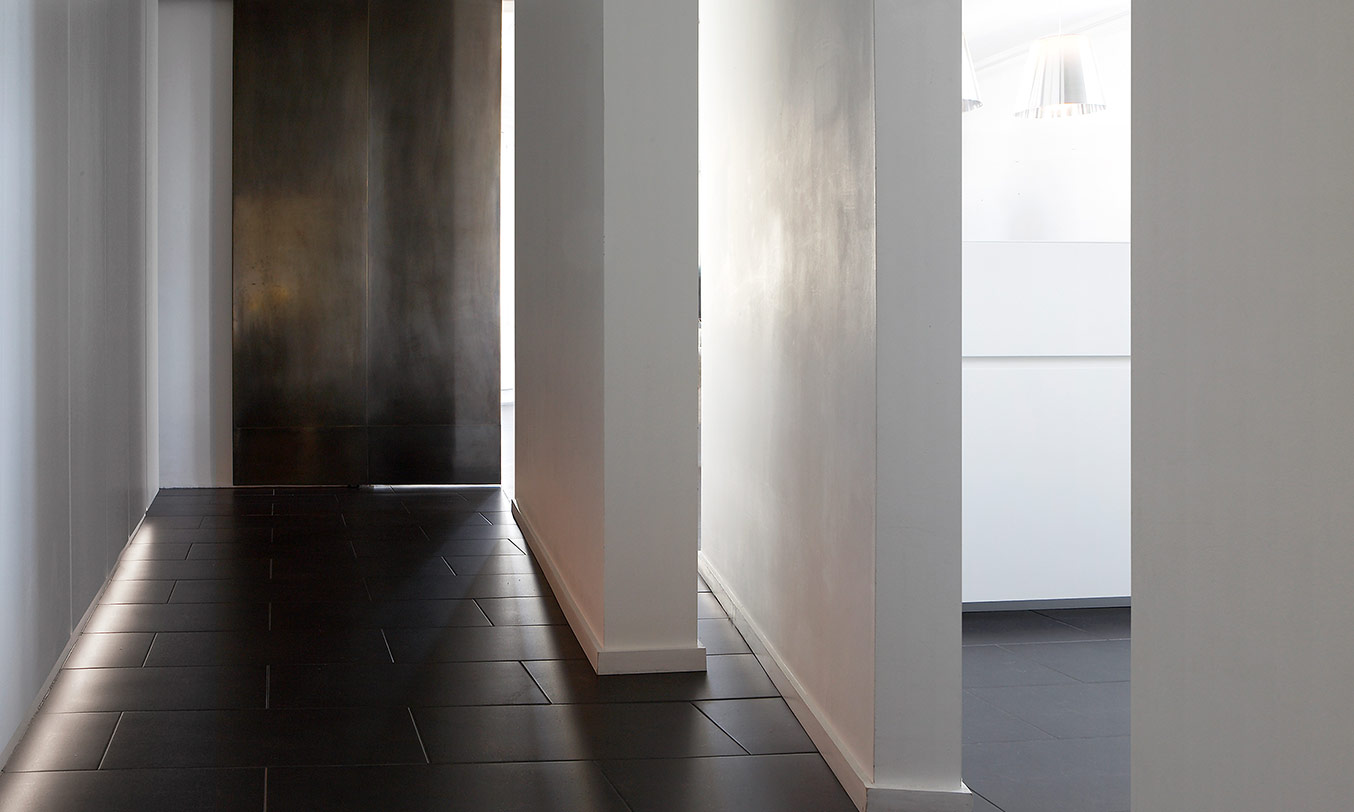 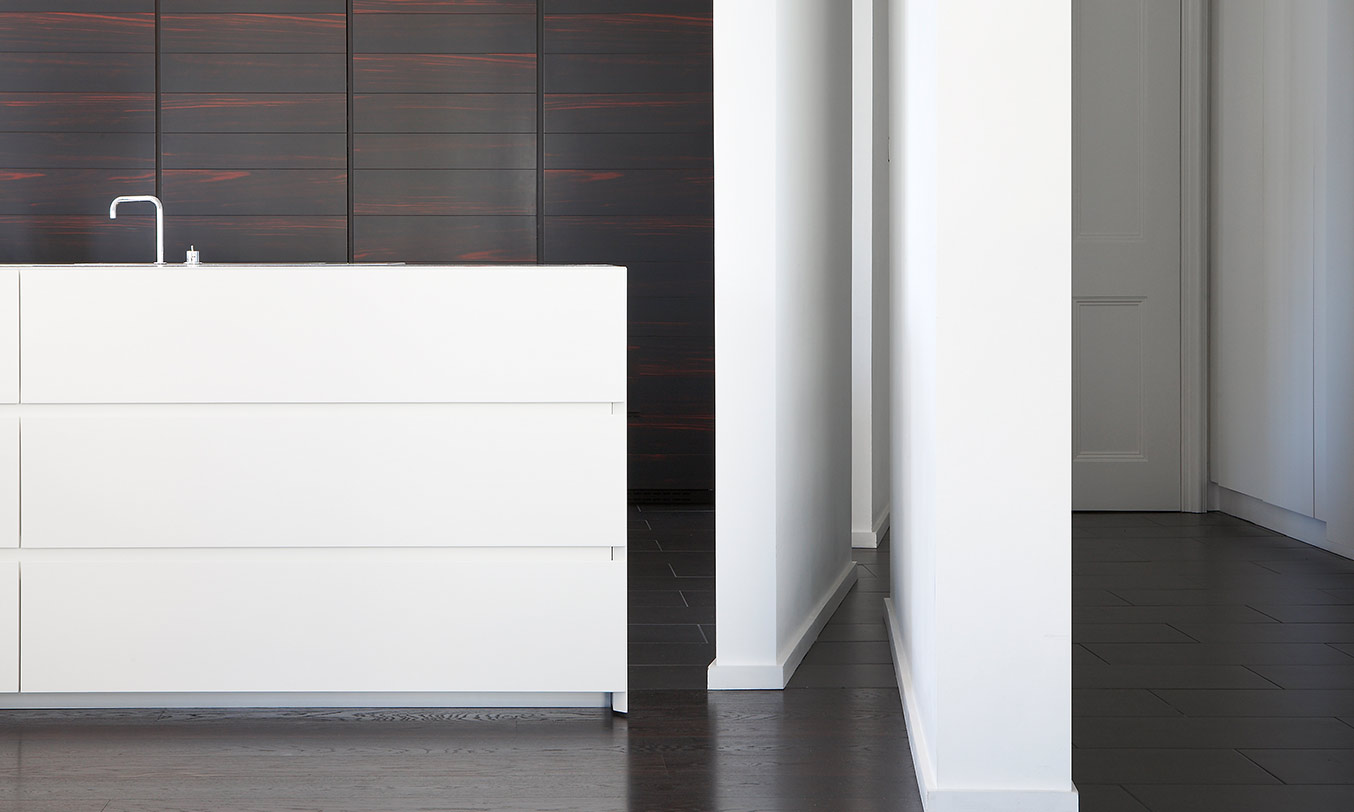 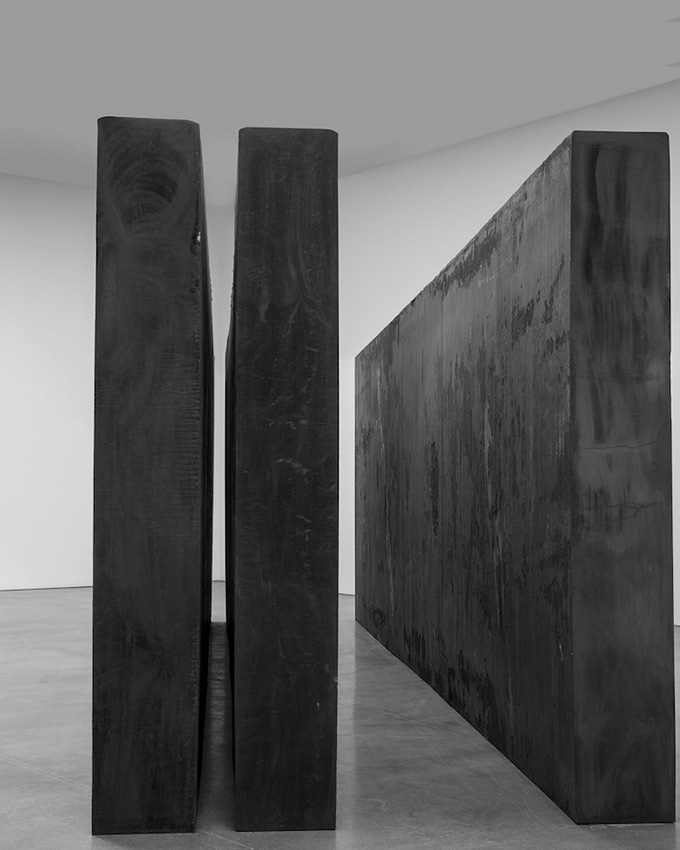 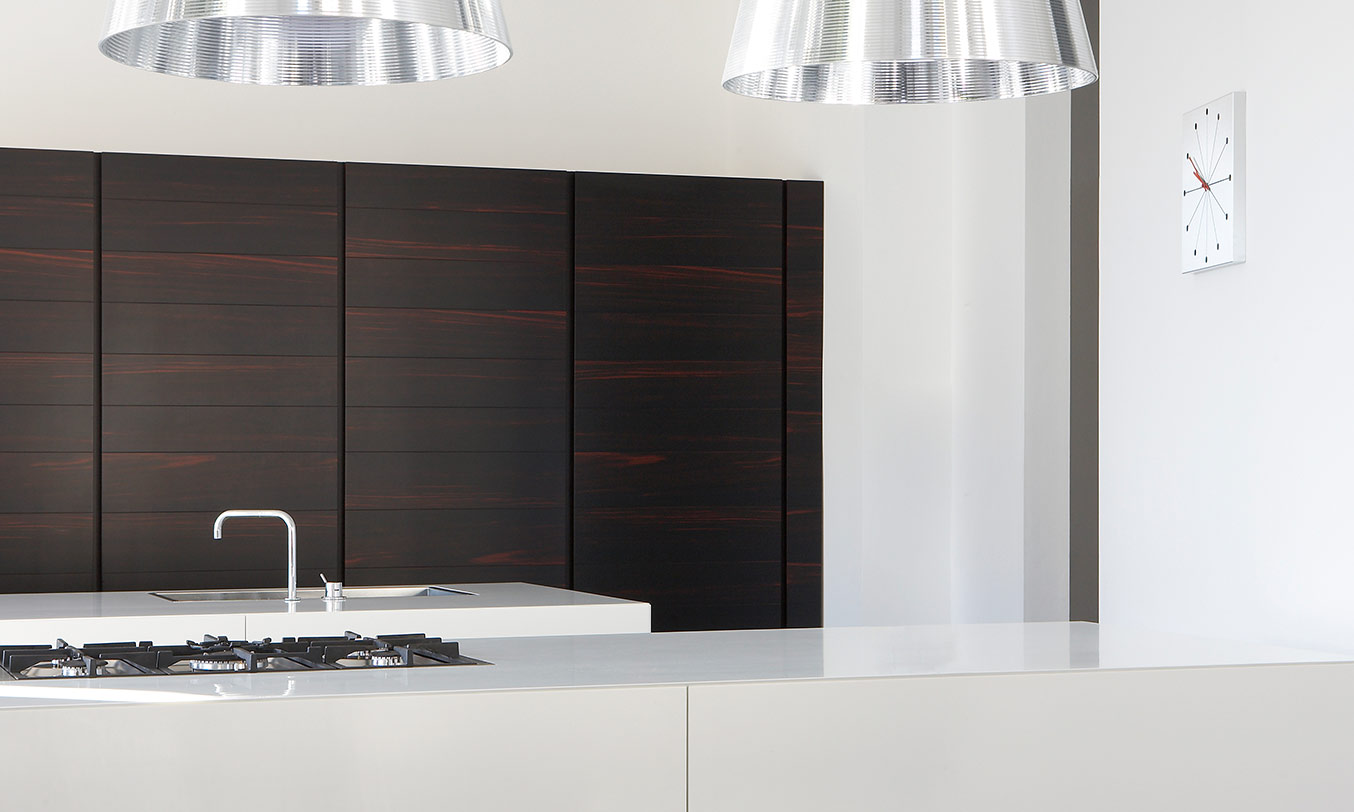 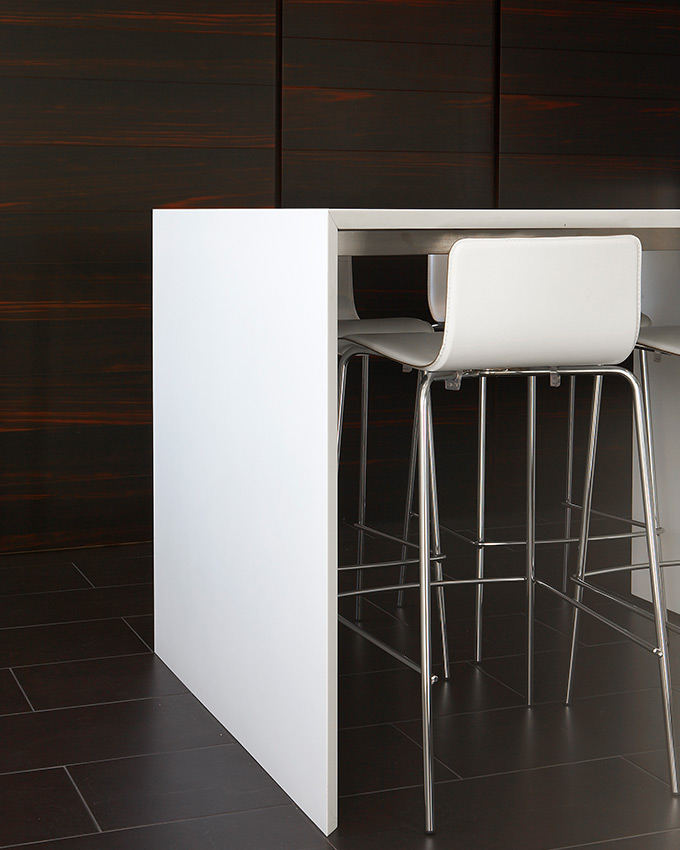 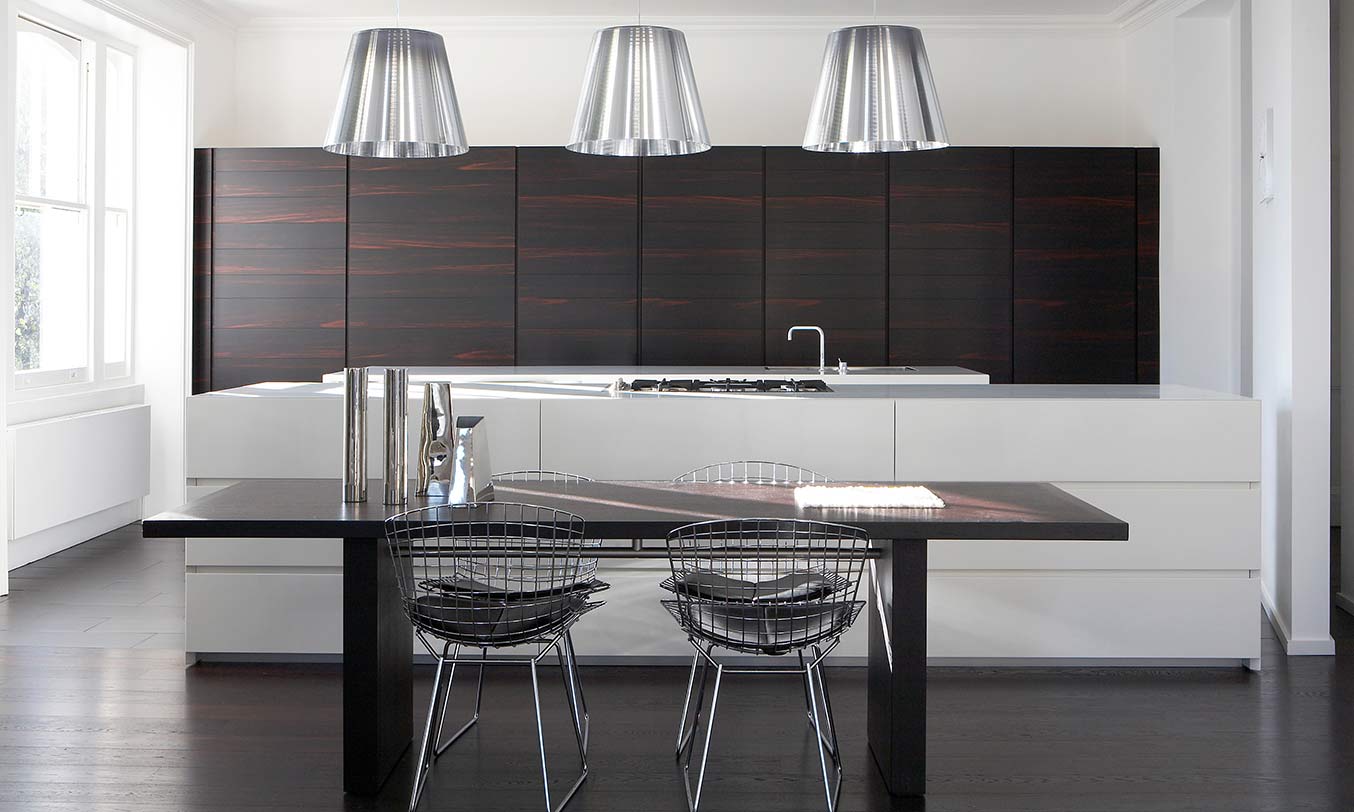 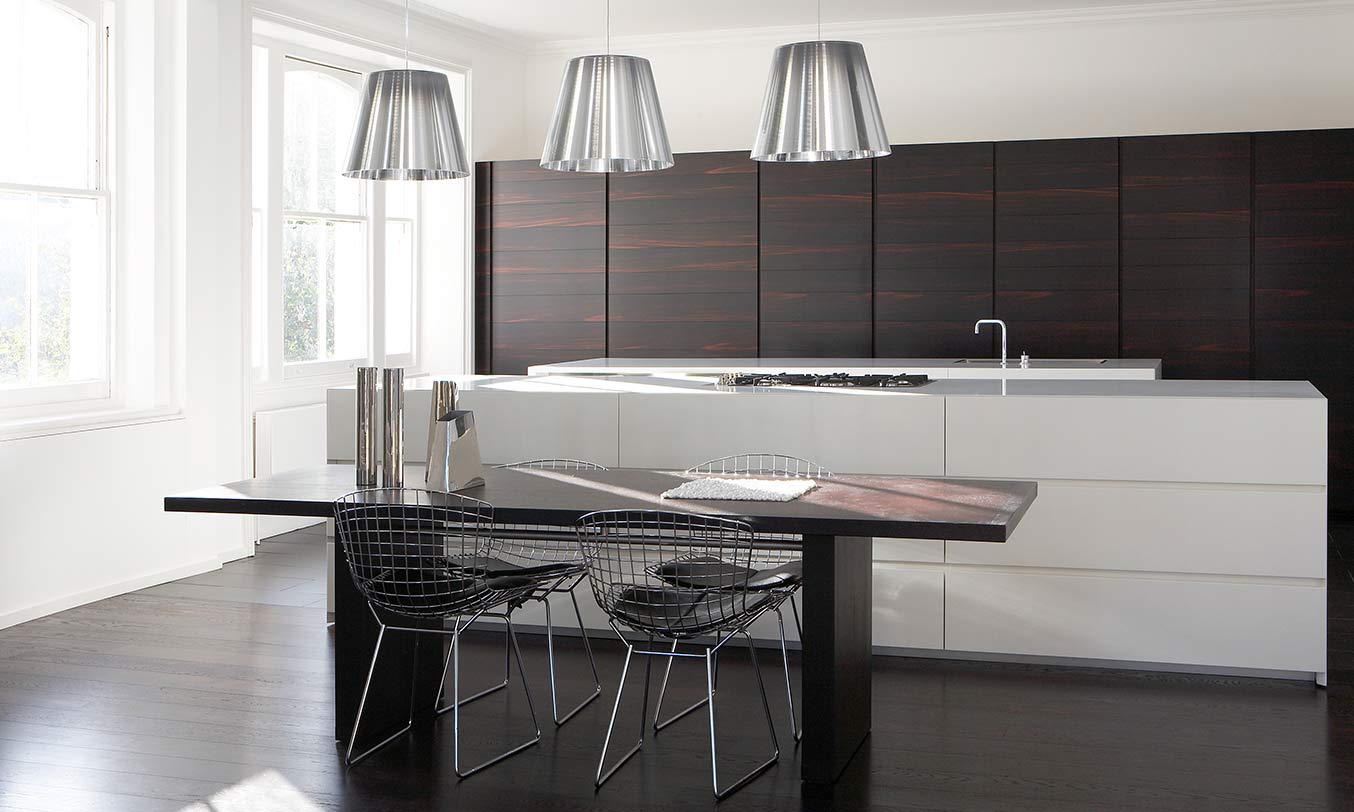 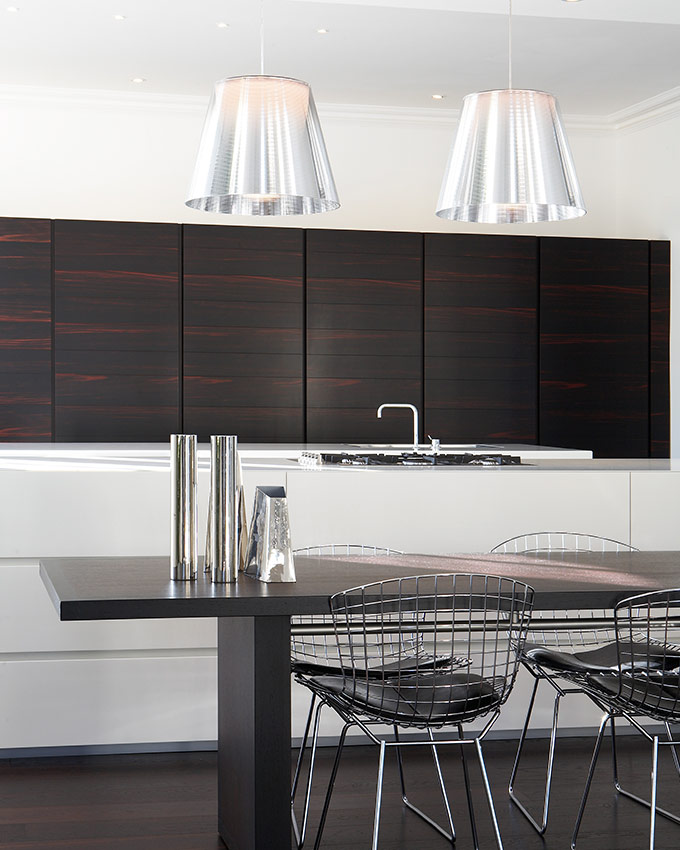 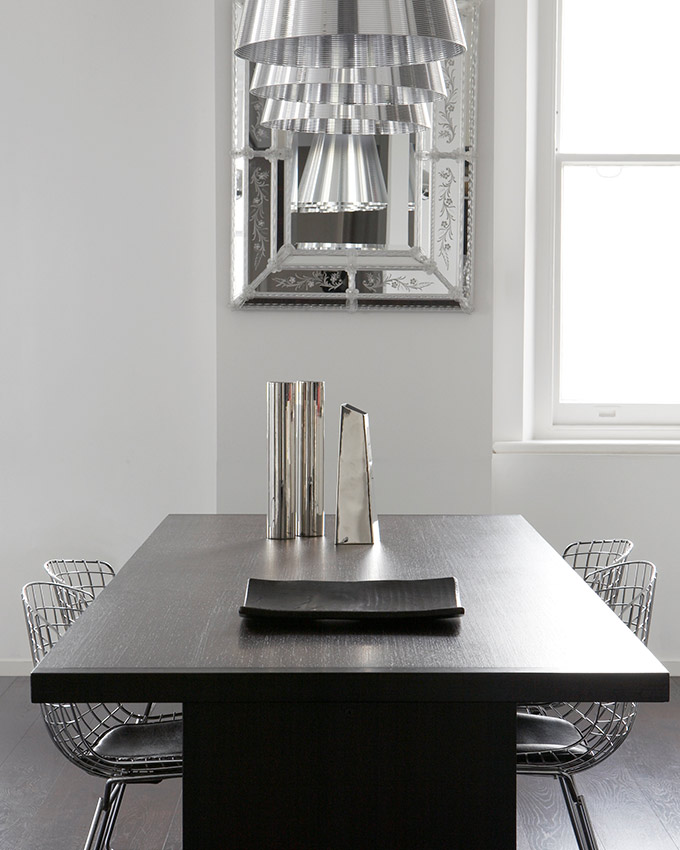 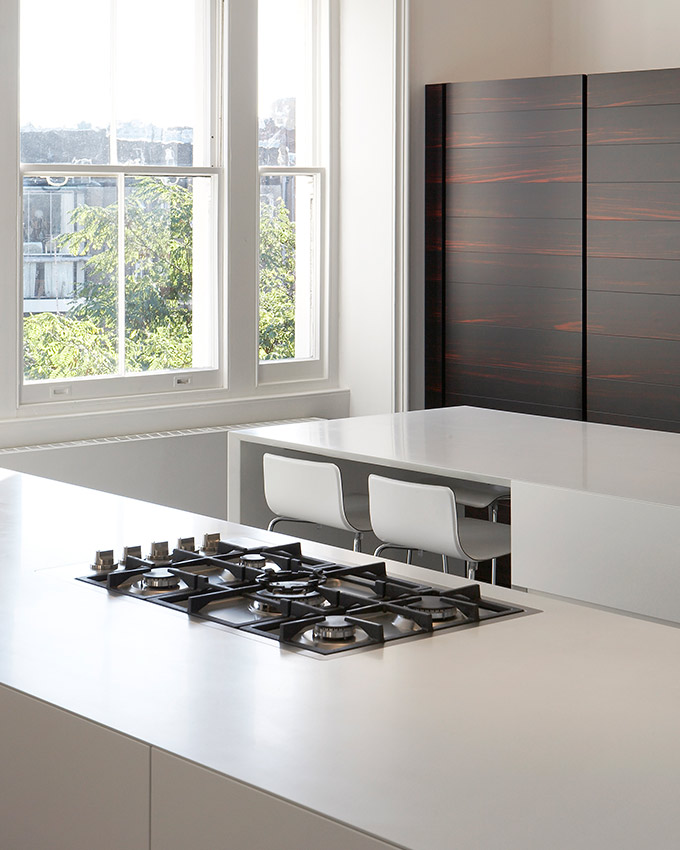 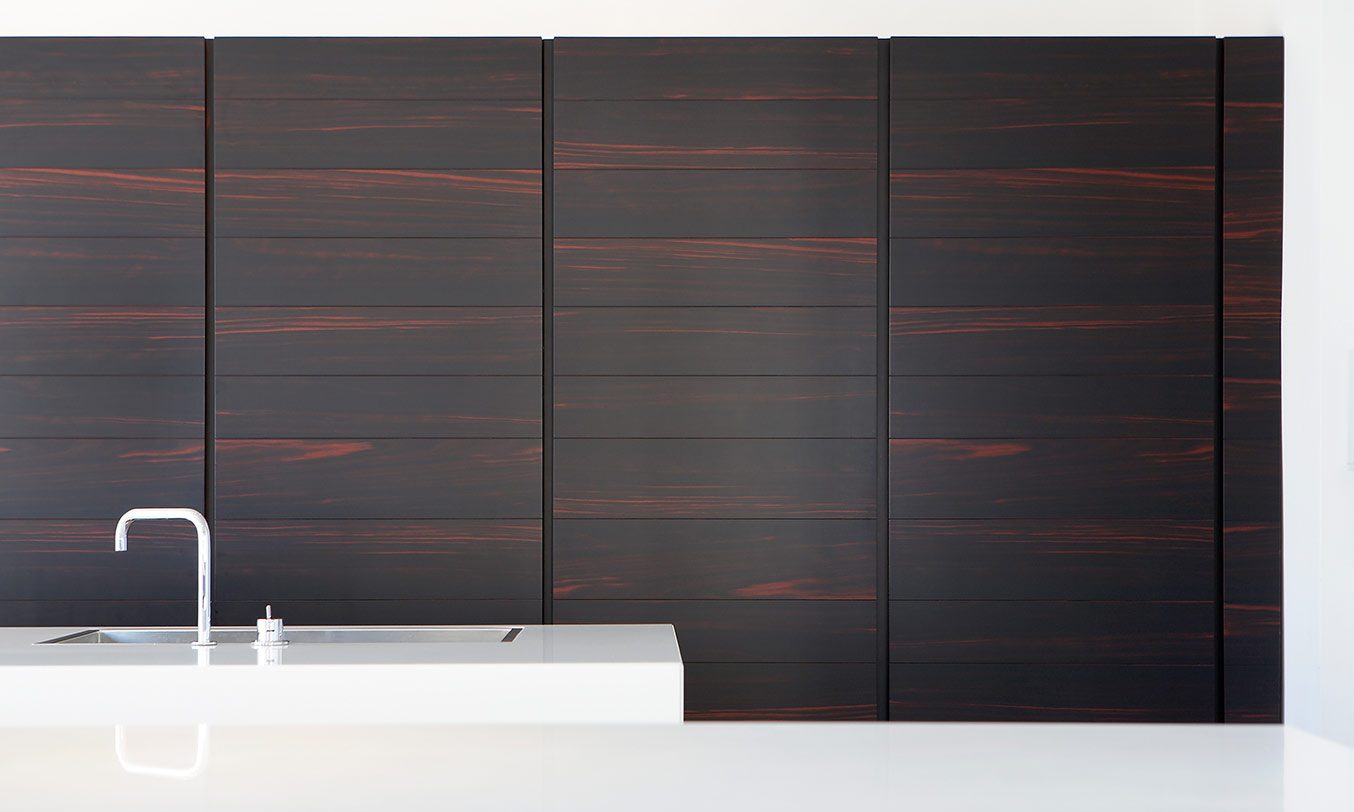 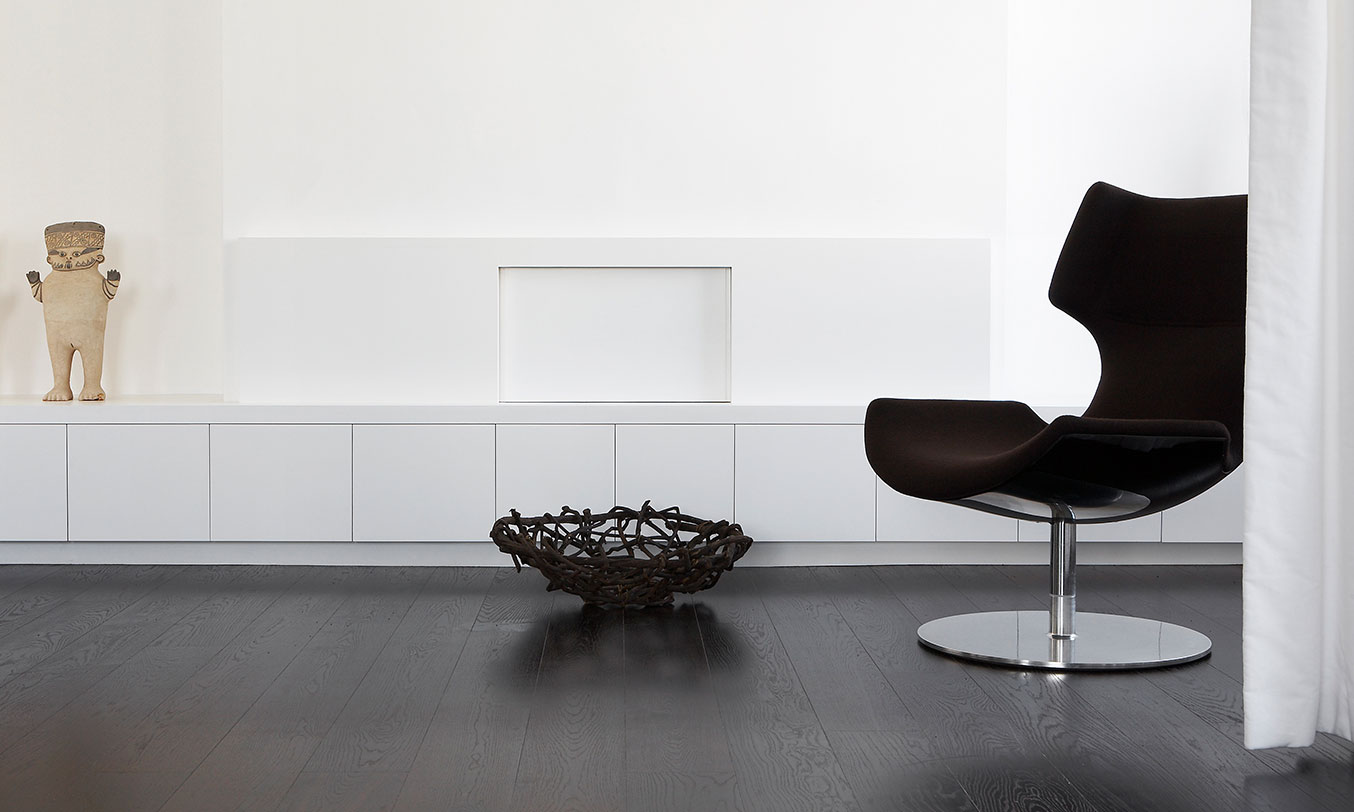 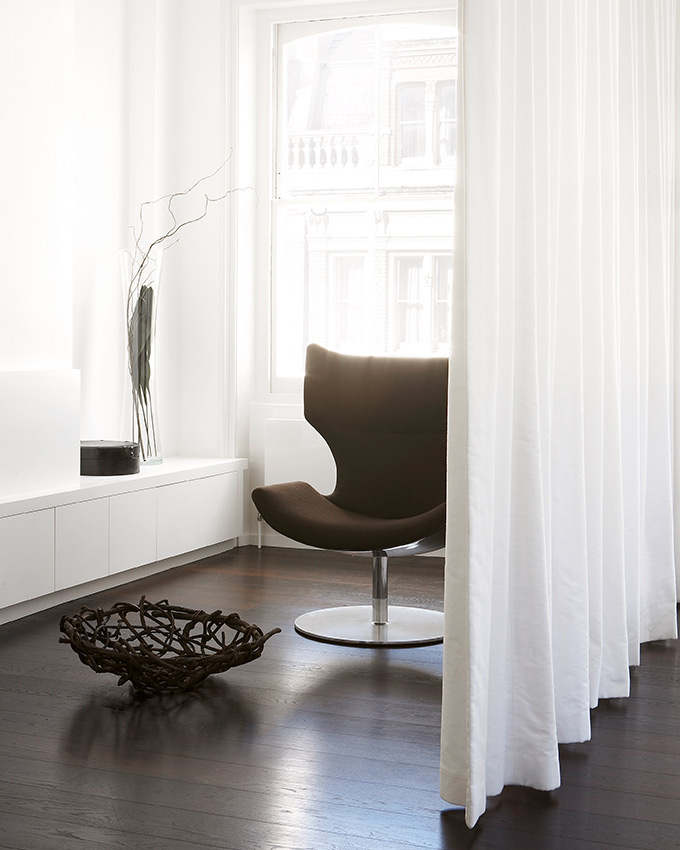 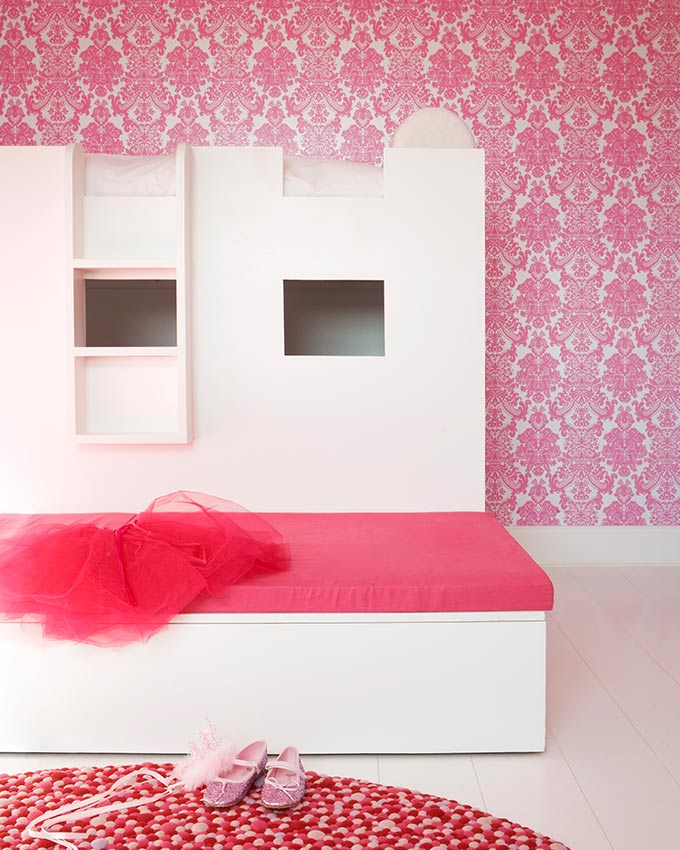 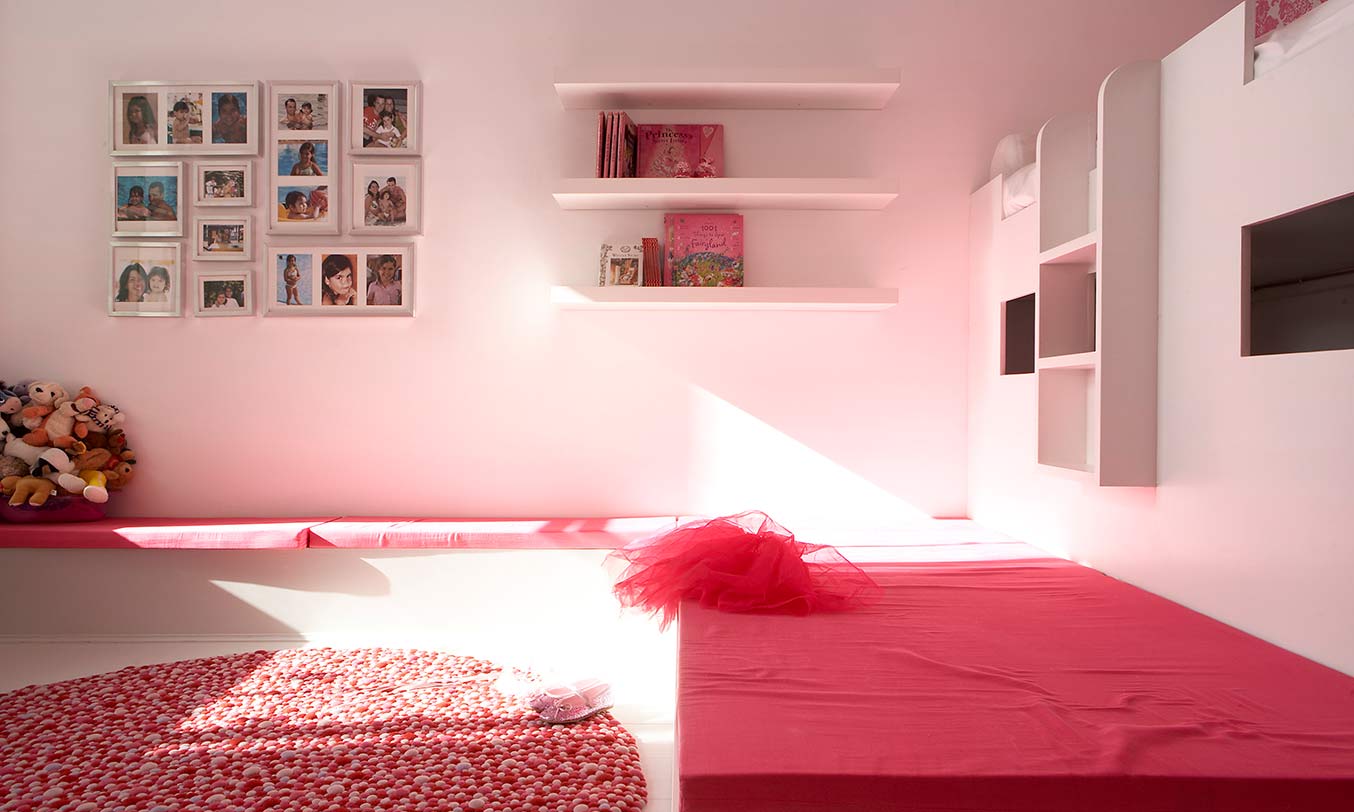 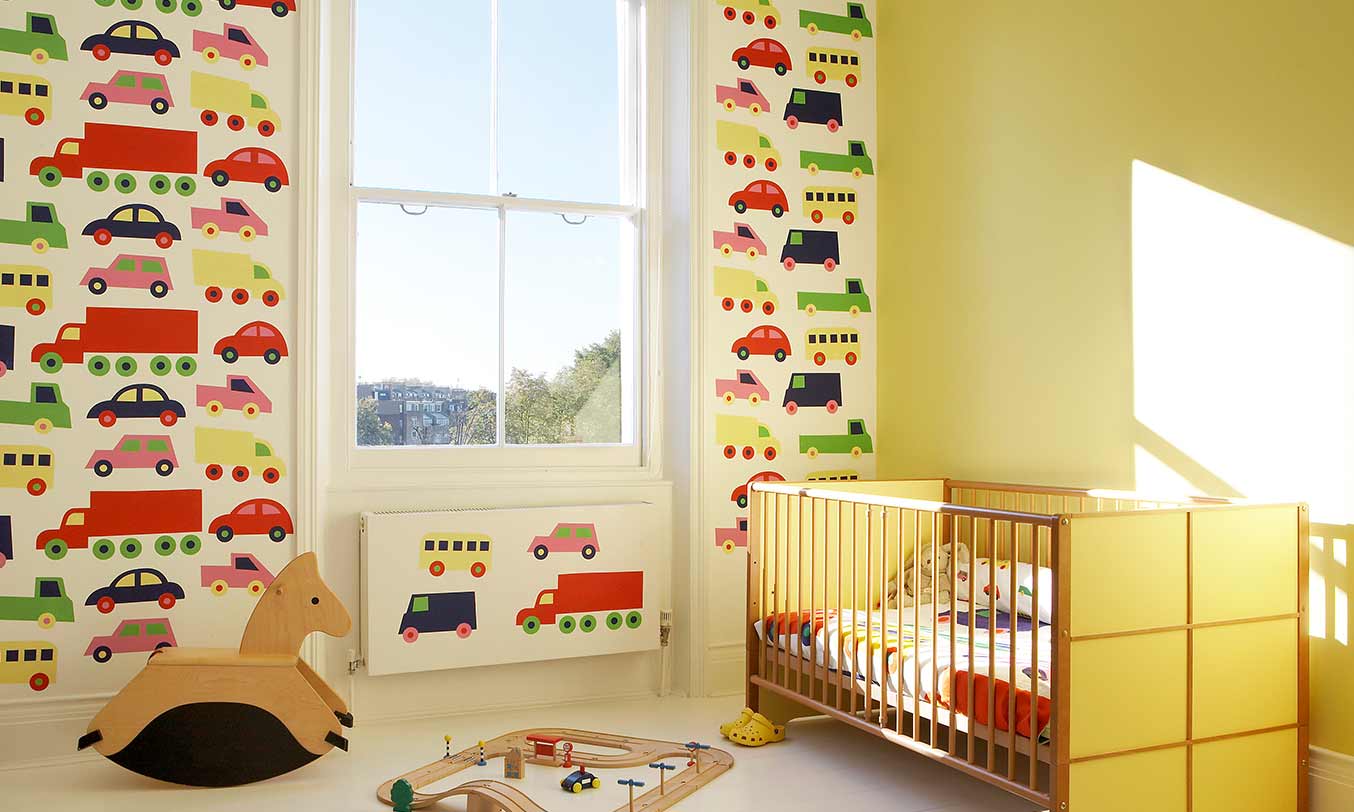 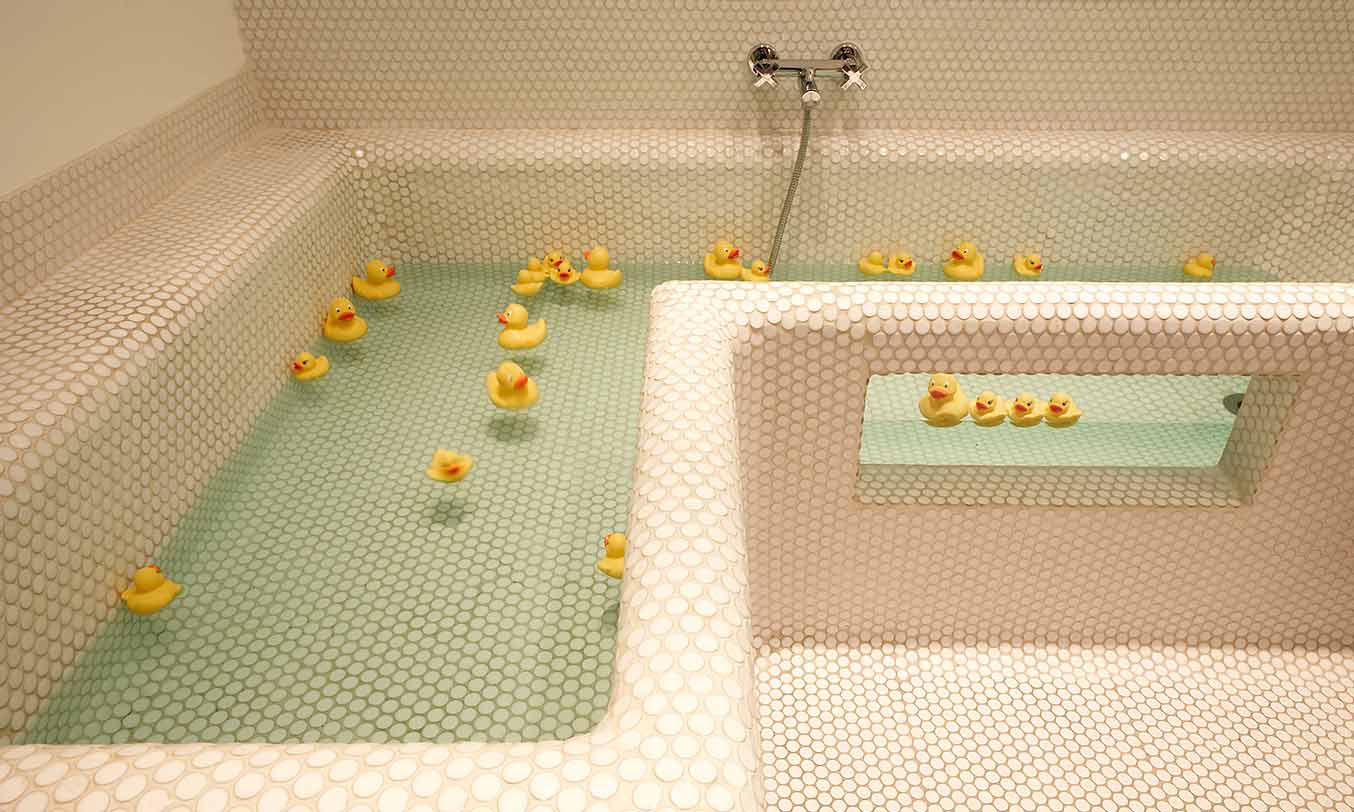 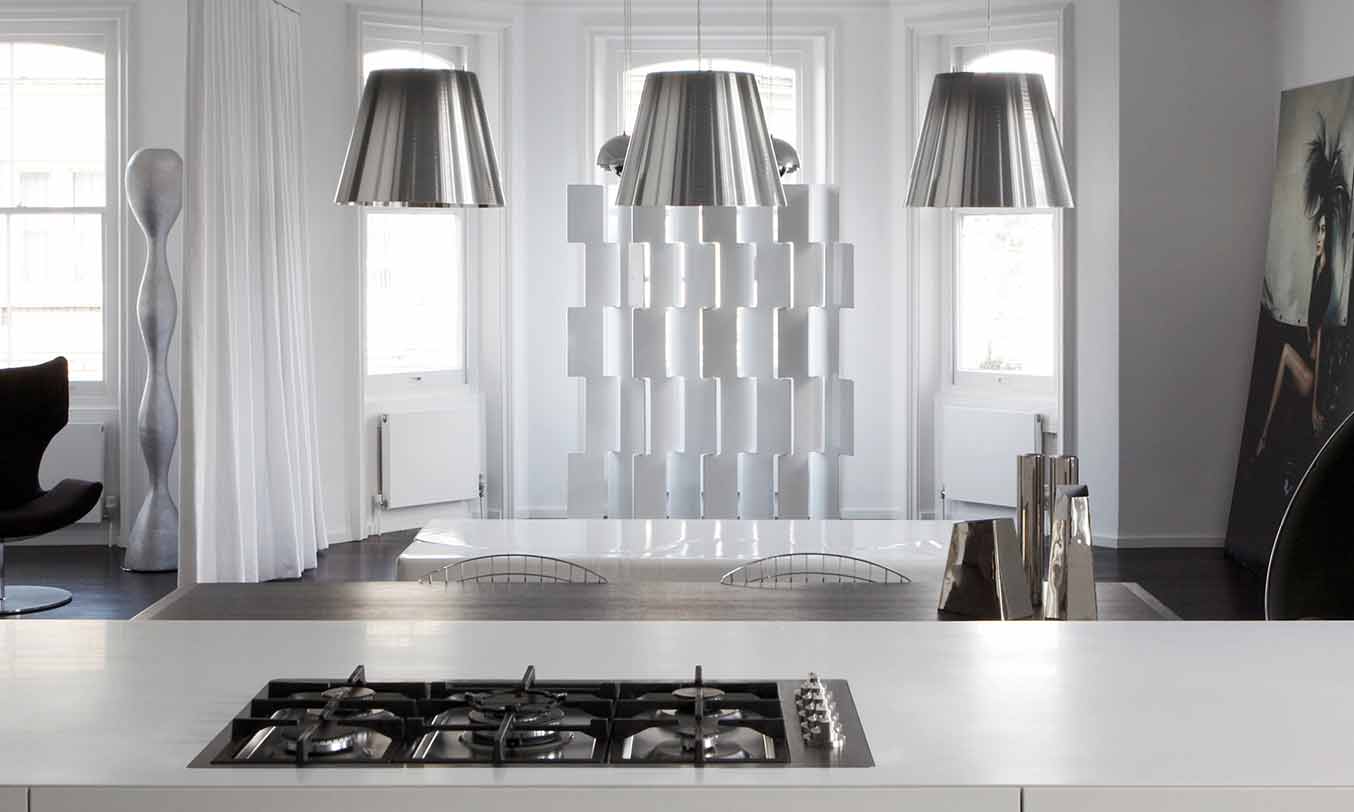